This past weekend, I really wanted to push my limits and body and see how close to my goal of jogging 5.3km in under 30 minutes I could get. 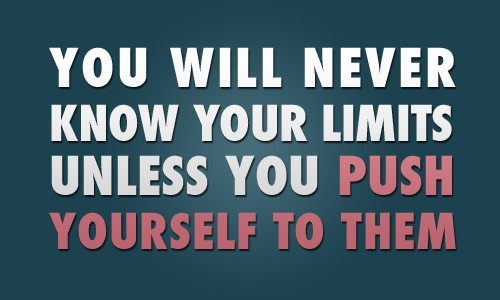 Friday night I hadn’t yet decided whether I was going to run before or after work on Saturday. I was unsure of what the weather was going to be and most times I run while the sun is still out in the evening and I get hot very quickly which makes me more tired and slower.  I awoke on Saturday morning at 7.00am.  1 hour before my alarm was to go off.  I laid there for 20 minutes thinking about whether I should go now or go after work.  I looked out my curtains and there was sunshine but I knew it wouldn’t be nearly as warm as it would be later.  Decision made.  I was going now.  I threw on my new pink sports bra , shorts and runners and found my iPod.

I set off in a hope I could beat my current lap time of 31 minutes and 27 seconds.   Being morning, there was still a chill in the air which felt good.  The trees still had dew on them and I purposely ran into some soft branches of leaves so it would cool me down even further.  The run felt good.  I didn’t need to convince myself I would get close to the time, I already knew with 1km to go, I would be close.   Every run (whether its a good thing or not), when I have about 30 metres to go, I check my time.  If I’m close, it always gives me a burst of energy when I think I have nothing left.  At the finish, I ran a time of 30 minutes and 38 seconds. A whole 49 seconds quicker.  I knew the pace and run were good but I didn’t think it was that good! 🙂

I went to work feeling great and buzzed around all day.  I even caught up with Gerard after work and he was pretty stoked for me. *YAY*

Sunday morning rolls around and there was no way I was running.  I was super tired so I decided I’ll see how I feel after I finish work.  It wasn’t a super busy day but I wore shoes that basically have no support whatsoever so my legs were pretty sore.  However, I had eaten VERY badly on Saturday and pretty average on Sunday too so I thought I better do something.

I decided that I was going to use my treadmill instead of running outside so I started my warm up but I just wasn’t into it. I walked for about 3 minutes then decided I really don’t want to be running inside today.  Second decision was made and I was going to try my old walk/run track and see how I go.   I got to the starting point and thought, you know what, I’ll just run like always.  Talk about changing my mind a million times!!! This is when things just went from bad to worse to frightening.

THE BAD:
As I went to start my stop watch on my iPod, I forgot to hit reset so it continued from my run on Saturday morning. *FAIL* I tried to press stop and I pressed lap. *DOUBLE FAIL* Finally, I got it set right.  I would have only false started by about 2 seconds but it was 2 seconds I needed to add at the end of my run because I hadn’t hit start right from the beginning.  It could have been the deciding 2 seconds on making or breaking the 30 minute split.

THE WORST:
I had taken off my jacket and tshirt and was just running in my sports bra which wasn’t the issue.  I had tied my jacket around my waste and tucked my shirt into it.  Half way down my recovery hill, my tshirt falls out of my jacket and I had to stop to pick it up.  *FAIL* Ugh, I guess that makes up for the 2 seconds at the beginning of the run, so I was on par again.

THE FRIGHTENING:
At about 1km to go and I normally run past a house that has 2 German Shepherd dogs.  They always run along the fence and bark at me when I run past but I’m not normally scared because they are fenced in.  Yesterday, they were out. *GULP *  I ran a wider berth of their drive way because I normally cut across it.  One of the dogs comes out on to the road and I don’t look at it, but look where I am running.  The other one comes bounding out and tries to jump on me.  Only after they try jump on me does the owner call the dogs back into their yard. UMMM, YOU WOULD HAVE SEEN ME RUNNING DOWN THE STREET, SHOULDN’T YOU HAVE CALLED THEM IN EARLIER INSTEAD OF WAITING FOR THEM TO JUMP ON ME?  I have had a German Shepherd as a dog before (Kaiser, bless his soul) so I’m not scared of the breed as such, but I don’t appreciate being jumped on even if it was in play.  I don’t know these dogs and they don’t know me.  How do I know if it was in play or not? Anyway, this caused me to slow down and try and avoid the dogs so it added a few more lost seconds on to my time.  I did loose my cool and focus for a few seconds and I may have shed a few tears of fear but I got my head back into the right space and tried to make up lost ground in the km I had left in front of me.

Last stretch I thought to myself when I turned the corner into my street.  I waited for that 30M stretch and pulled out my iPod.  I truly believe I looked like this guy.  I was so determined to get the best time yet.

I powered through the last few metres and hit stop.  Had I done it? Did I make it in less that 30 minutes? I really hoped I had.  I looked down at the time on my iPod and I had to look twice.

I’d done it.  Finally. After all the training and sweat and even tears. I had made 30 minutes.  The track I was training on before my Contiki was shorter and I still hadn’t made 30 minutes on that because I was walking parts of it.  I had run approx. 5.3KM in 29.48.  I didn’t only achieve my goal, I conquered something I never believed I could do.

I did cry this time in happiness.  Only a few tears, even half of them were probably sweat but I don’t think I have beamed more in my life. My muscles ached but I didn’t care.  A bath would fix that.  Nothing could take away that brief moment of feeling powerful and like you’ve just struck gold at the end of a rainbow.

I am almost hesitant to run it again because I don’t want to not beat my time.  I like seeing it there, saying, YOU FINALLY MADE IT.  However, I will run again and this time, I will hit the right buttons, I will make sure my shirt is secure or just not wear one and I will be strong against those dogs.  I will beat 29.48.  I will make sure I do.

I have completed 10.6km already in my December Challenge.  I just posted about it here. I am going to clock up 75km of just jogging/running this month.  Walking will not be included.

I’m still pretty proud of myself.  I think I’ll remember December 2nd, 2012 as that day I made it, for a little while yet. 🙂

Hoping to get a run in tonight, even if it is on the treadie.  I haven’t use it properly for a week or so, so maybe I should take it for a spin. 🙂

Believe in yourself and you will do great things.