Wow guys, I feel like I’ve let my web family down with not posting over the last half a year!! So many things have happened and I haven’t kept anyone up to date (apart from those who exist physically in my life and can see the changes themselves!)  Lets go back and look at the last real post I did, without backdating the posts.  It was around April because I was keeping you guys entertained with my trip to Europe.  That was so much fun and now, I’ve finally posted all of my Contiki trip down – minus a few things I missed like Pisa and the Vatican – I  might get around to those one day.

So, what’s happened while I’ve been gone and what do I need to give you updates on? SO MUCH THAT IT COULD TAKE ANOTHER 8 MONTHS TO TELL YOU! However, I don’t want to be away from blogging that long again so I will cut out all the boring bits and move on.  How about I try and put them in some kind of order.

While I was posting about my Europe trip, I was training with my new football club and everything was going great guns.  I scored a few times in practice matches and I was starting to feeling comfortable with a new team.  I was running almost everyday to keep up my fitness (not only for football  but for the Cancer Council 19km run I had signed up to do) and I could see all that was good in life.  My first official match was  the 12th April; a Friday night game at home, in Eltham.  Managed to gain a spot in the starting 11 and I felt confident in myself and my team that we could take home the three point.  About 20 minutes in, it was still 0-0 and I got an excellent through ball from the keeper.  Sprinting down the wing, I took on their defender and she challenged me.  The tackle was hard but fair and I went down.

I was in excruciating pain and in fear that I had retorn the ligament (that I’d previously injured) in my knee.  I got helped off the field and given ice for my knee straight away.  Even though I was in so much pain, the thought of not playing football again hurt even more.  I had to drive home because not one else was there to watch me.   Once I was home, I googled as many physio’s that were open on Saturday’s as I could.  I couldn’t afford to leave it for 3 weeks before I got help, again.  I hobbled into the physio Saturday afternoon and he got me walking almost normal without limping.  He told me that he thought it was just a strain and that I’d be out 5-6 weeks a max. I was so happy that could have cried.  I hadn’t reinjured my lateral ligament and my football playing days weren’t over.

I spent the next 6 weeks doing physio exercise and no running/football.  The pain weakened but never left.  I could not full contract my knee as I had sharp pains in the front.  Eventually after several physio sessions, he eventually referred me to get an MRI scan.  9 weeks on and I still had no idea what was wrong with my knee.  I got the MRI and the phyiso called me a day or so after to let me know the report. Suspected full tear of the anterior crutiate ligament and definite tear of the meniscus.

The ACL is the main ligament that runs through the centre of your knee and gives your knee stability (along with you posterier cruitate ligament, PCL)  Really the only thing that could have been worse, was that it wasn’t suspected, it was definiate.   The tear in my meniscus (cartlidge) is probably the cause of my pain as in is in the front left of my cartlidge.  My heart sank and I just cried.  It was worse that I expected and really didn’t have any hope that I would play football for the next year, at least. 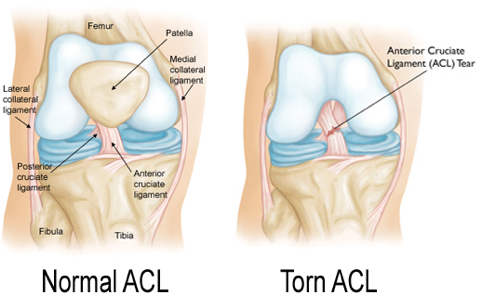 Eight months later and I am stlil no clearer on what is wrong with my knee.  I have seen a physio, 2 specialists and a surgeon and they all are not 100% sure on whether my ACL is torn.  MY MRI scans are apparently not clear enough.  All accounts sound like a typical ACL tear but the fact that I now don’t have huge instability in my knee, I can wear high heels all day (heheheh proobably shouldn’t be) and I am trying to get motiated to run about 5km every few days isn’t convincing anyone.  I have been put on the public waiting list for an arthriscope +/- meniscal repair +/- acl reconstruction.  My letter said I was a category B, desirable to have it operated on within 90 days.  I still haven’t seen an official date and its now past the 90 day period.

My second update for you guys is… I HAVE A NEW JOB and HAVE ALREADY HAD A PROMOTION!  Well, it’s new for you guys but I’ve been there for about 6 months now.  What happened to my old job, I hear you ask?  Well, I  can’t go into the full ins and outs of what happened but in a nut shell, I was made redundant.  It was a long time coming at that company and probably the best outcome, looking back now.  This happened towards the end of April and I job searched for about 2 months and enjoyed spending some of my pay out package on shoes and clothes! 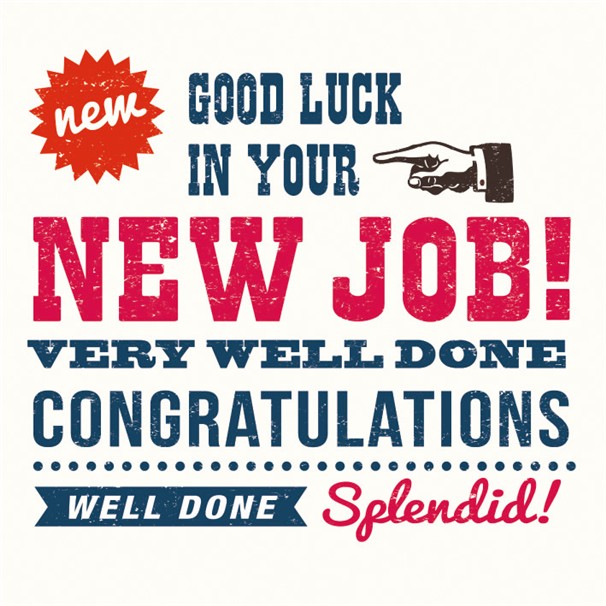 So, how did I land this job?  My previous boss told me about a job going at his wife’s work and he thought I would be really good at it.  I kept the job in the back of my mind, in case my job search was not going as successfully as I planned.  As I was exploring Seek and Career One for jobs, I gave this job more though.  It wasn’t originally what I was looking for (I was looking for PA/EA work as I had been a PA for the last 5 years) but a change is always good.  The job was a multi tasking role within a big project that the company had acquired.  It’s main focus on was analyzing data and creating future plans for each branch of the project.  It was one a year project so I thought, why not try something new and have something else to add to your resume.  Between being told about the job originally and my thought of trying something new, it was about a 2 week period.  I had no idea on whether the job was still going and if they had even stopped searching for people.

I bit the bullet and called my old boss’s wife and had a chat to her about the job.  She told me they were doing interviews that day and the next day.  She also said that I would need to speak with the Project Manager to see if he was keen on interviewing me.  He happened to be in the office and she passed me on.   I spoke with him for a few minutes and asked whether he was still looking for people.  He told me that they had interviewed some people today.  I then asked him straight up if I could come in for an interview the next day, fearing that I may have acted too forward.  He agreed on a time and I sent through my resume.

Fast forward to the interview and everything went great.  Another gentleman was in on the interview with me and at the end of the interview asked me about my hobbies and interests.  The Project Manager asked me about my photography and I said I’m still learning and teaching myself but I really enjoy it.  The other guy took notice that I loved football (soccer) and asked if I followed any teams.  I questioned if he meant the EPL (English Premier League) and he said yes.  I replied with Liverpool.  He then turned to the project manager and said, ‘We don’t need to interview anyone else.’

I got sneaky a call from my old boss’s wife that night to say that it wasn’t confirmed I had the job but it was pretty close.

6 months down the track I have finally been granted the opportunity I had been waiting for since I got made redundant.  A opening in the project team saw some shuffling within the office and I was given the opportunity to become the Victorian State Manager’s Executive Assistant.  I was only in the position for about 2 weeks before we went on our Christmas break so it will be a test in the new year to see how I go.  Hopefully I can keep you updated!

The only pain in the bum thing is travelling to Port Melbourne every day.   The train ride in is just over an hour long and then I catch a connecting bus which takes about 15 minutes.

The final piece on information that I probably need to update you on is the #cuteboy situation.   Last time I posted about him, we were just chilling and getting to know each other.  Let’s just end this with, its now #boyfie. ❤ 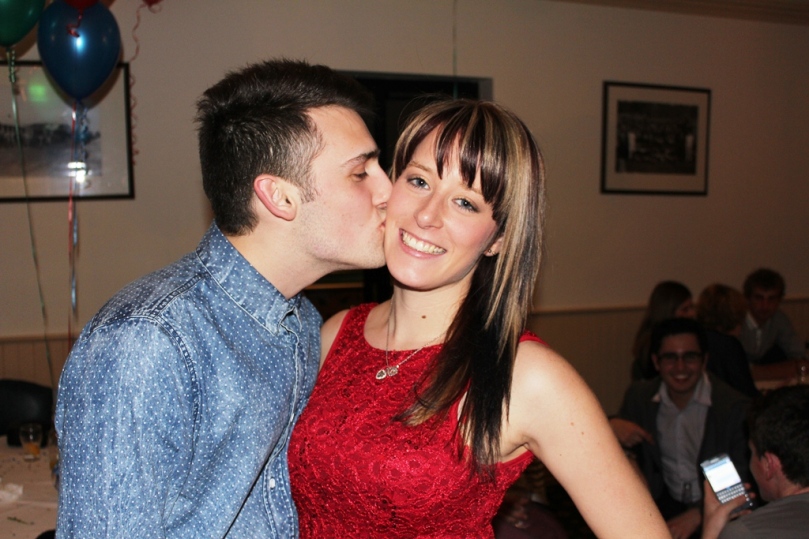 P.s. I am going to post my fitness updates and results on my Cancer Council run in a different entry.  I don’t want to bore you guys too much! 😉

One thought on “Another Catch Up Session!”