At this point in time we were on our last legs for the tour having only 3 more days to go. 😦 Today we would leave the spooky, eerie Swiss Alps for the Rhine Valley in Germany.  We were to have a few stops along the way to break up the journey.

Travel days were more becoming about sleep rather than watching the wilderness pass us by through the bus window.  It was a quiet day, having had the party in the Bomb Shelter last night and a few sorer heads than the night before.

Our first stop was just over the border of Germany, and into the smallish town of Heidelberg.   Some say this was the birth place of gummy bears (and even if they weren’t correct on the town, they were definitely correct on the country) so naturally everyone wanted to sort out the best bears they could find.  I cannot stand gummy bears.  Maybe its because they are so chewy and I’m just lazy but really, I just don’t like the  rubbery texture.  I chose to use the hour or so exploring and taking photos.  I may have also looked in a few shoe shops but was unlucky in purchasing anything.  They have an old castle which I am sure  you can explore and I would have loved to but as I said, with only an hour to explore, there definitely wasn’t enough time.  I tried to get some photos but due to the lack in time and so many tall buildings in between the castle and myself, it was difficult. 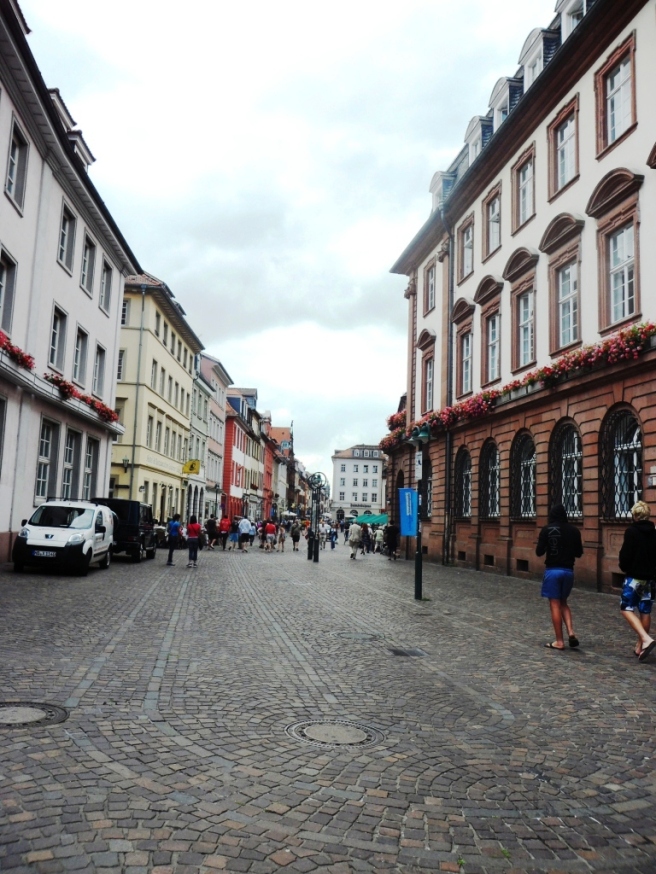 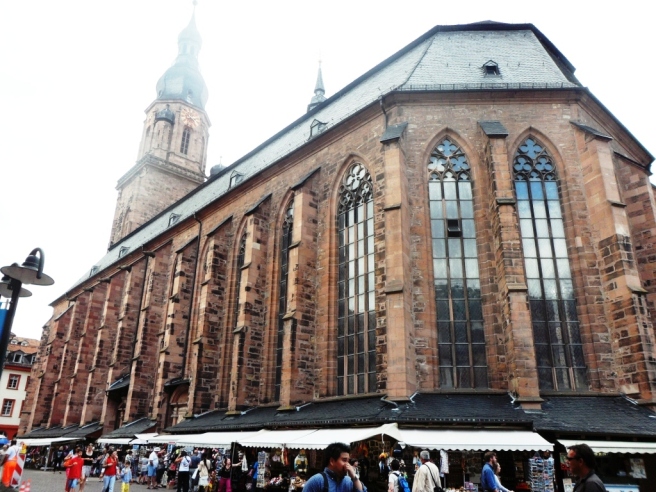 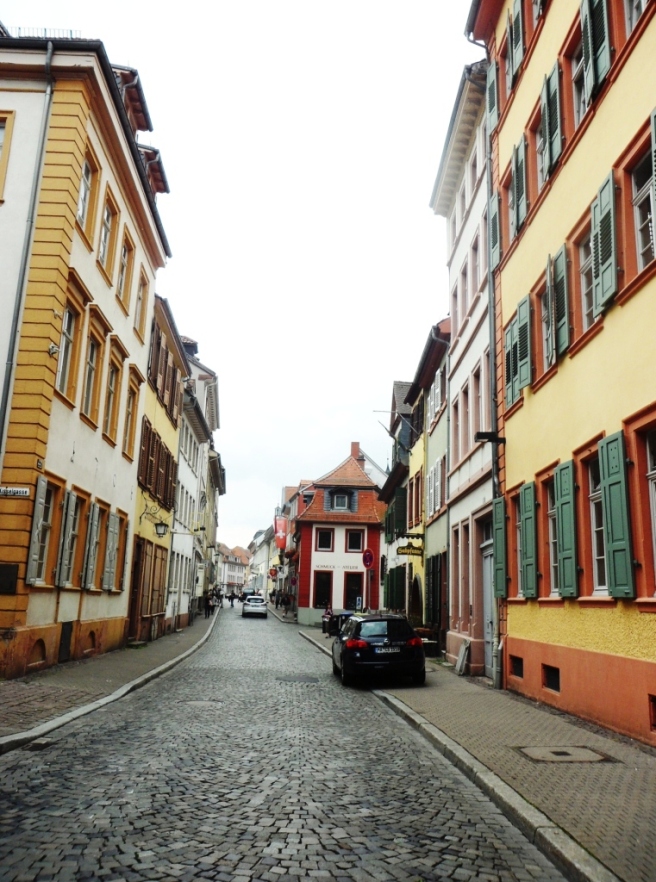 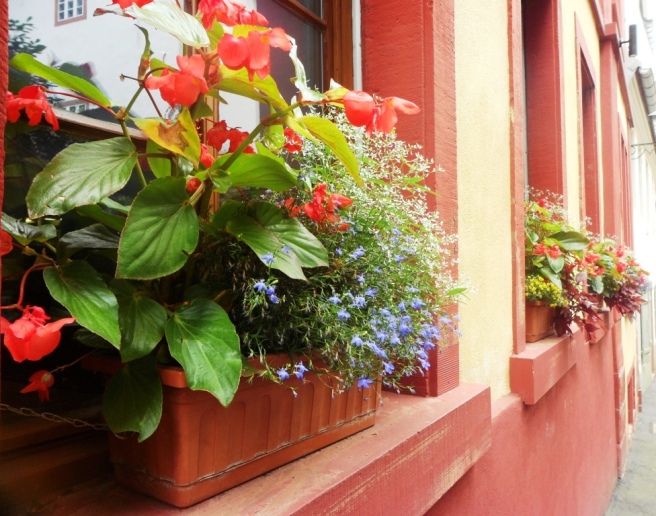 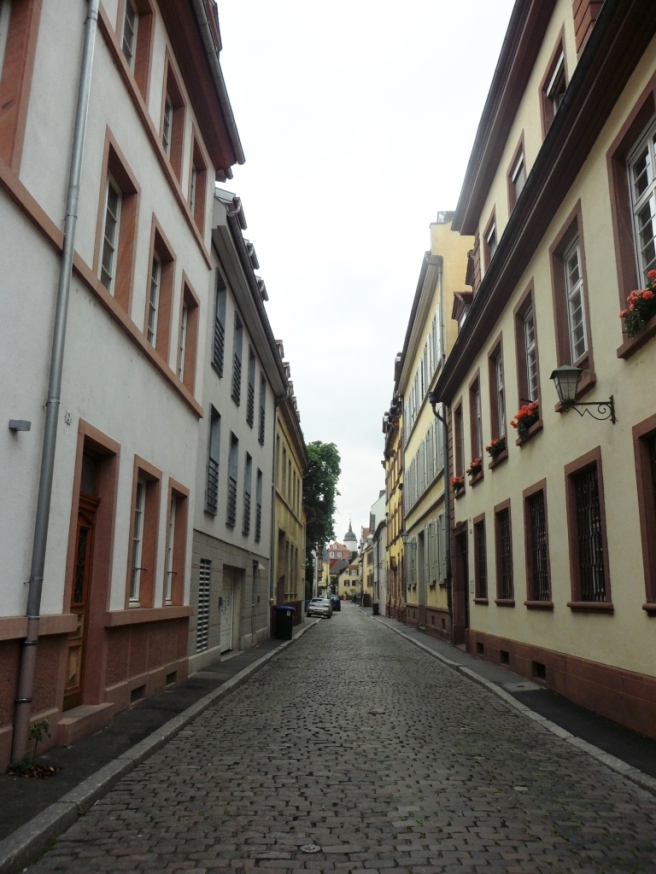 We then weaved our way through the valleys, following the Rhine River and passing many vineyards and castles along the way.  We took in the site of  Lorelei Rock and was told of it’s history and folklore as we continued our way through the Rhine Valley. We stopped in the small town of St. Goar to learn how they create porcelain beer steins.  To me and some of my fellow contikians, it was more of a sales pitch rather than an explanation on how they were made.  I had make a promise to myself to buy my dad a stein for his birthday, regardless of the cost.  They literally had thousands. I was browsing through them when I spotted some Harley Davidson LIMITED Edition ones.  My dad owns a Harley and definitely looks like a scary bikie to most people.  It was THE perfect present.  I got them to send it home for me as I didn’t want it broken in my suitcase.  It cost me a pretty penny but it was the only present I had got for my dad and he was definitely worth all the money I paid.  (I didn’t eat for a week though)  Across the road, was a store that made real cuckoo clocks and hold the Guiness Book of Records Record for the World’s largest free standing (but actually hanging) cuckoo clock.  I didn’t find it viable  to buy one of  those as well, so I just stuck with the beer stein. 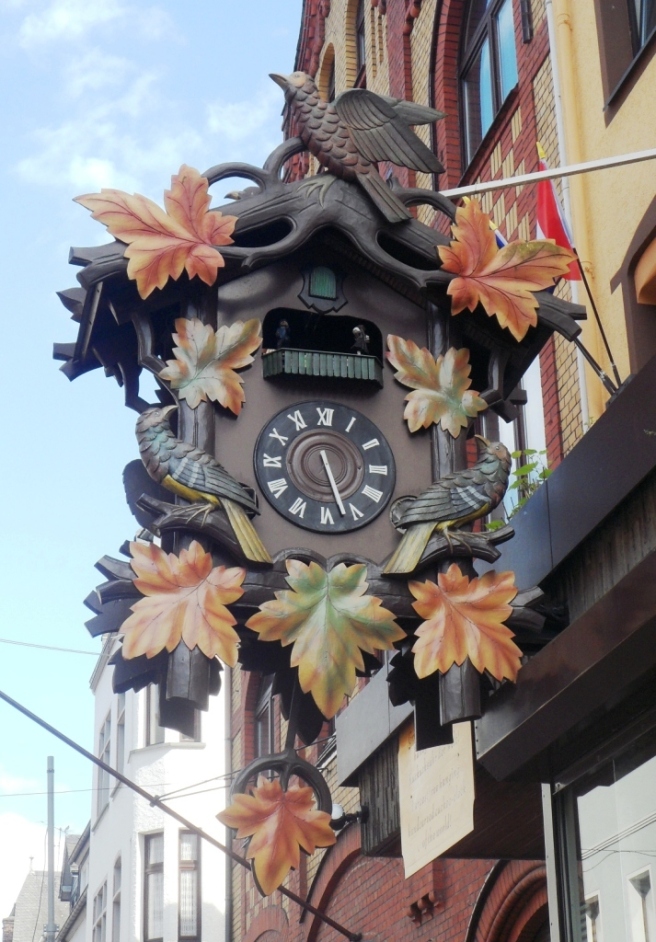 Shuttling back aboard the coach, we made our way through St Goar and up the Rhine Valley to a small and very old town.  It had a pub in which all our rooms were owned  by and crowded around the tables and stairs outside to enjoy a few beers and dinner.  It was a pretty quiet night for the crew but the next two days were to be pretty crazy… AMSTERDAM! 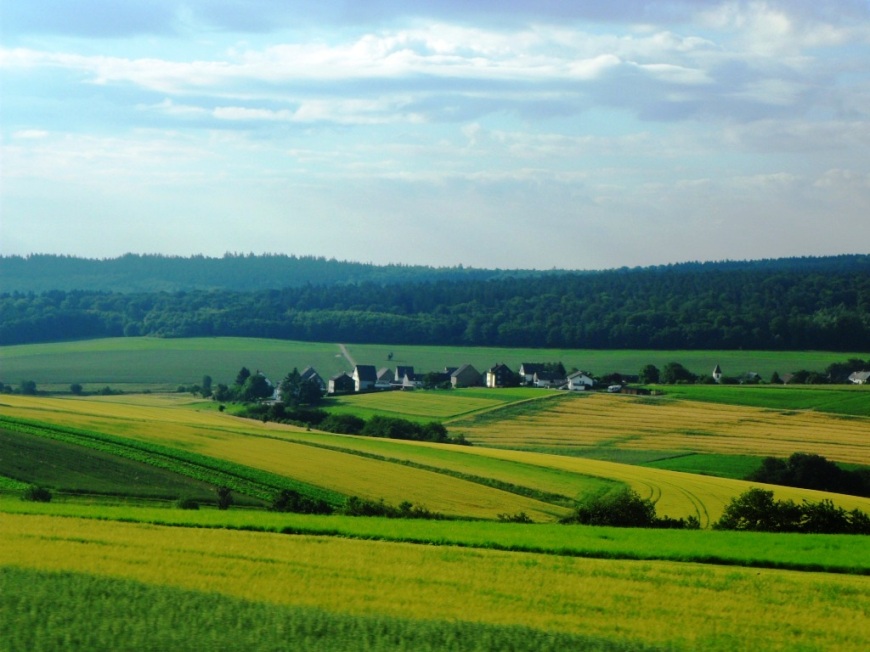 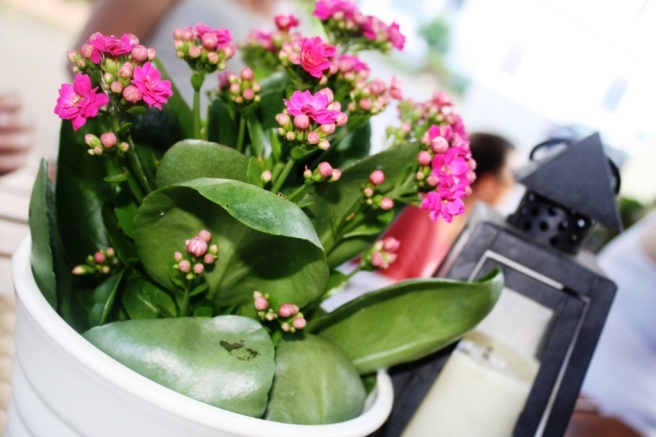 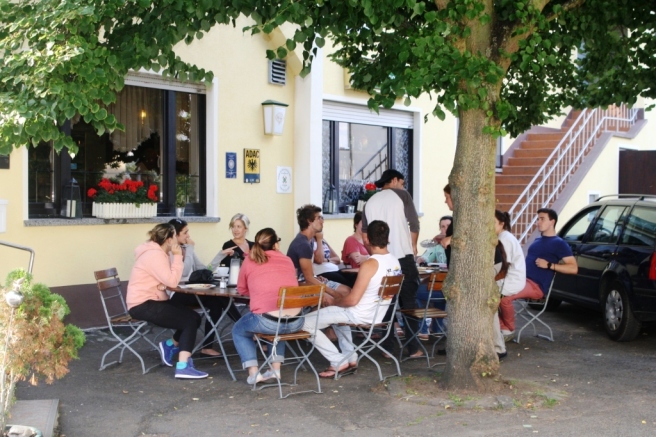 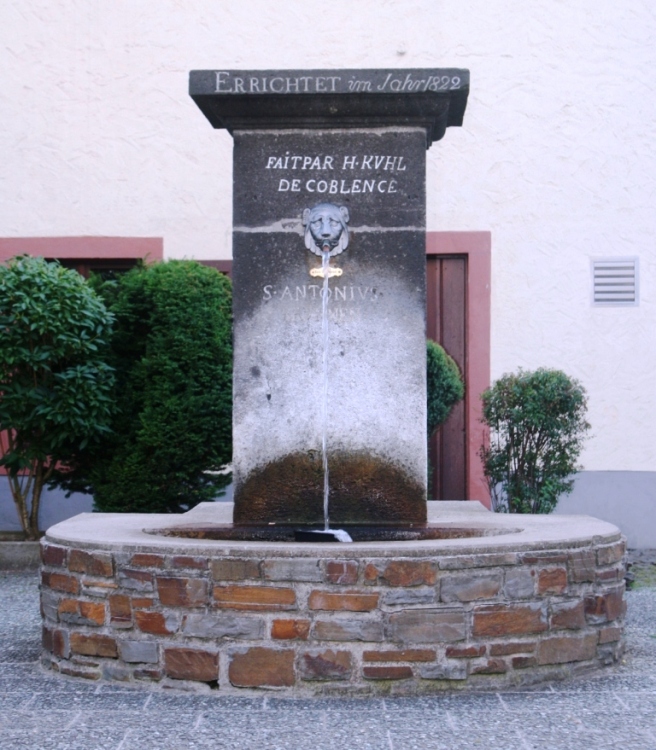 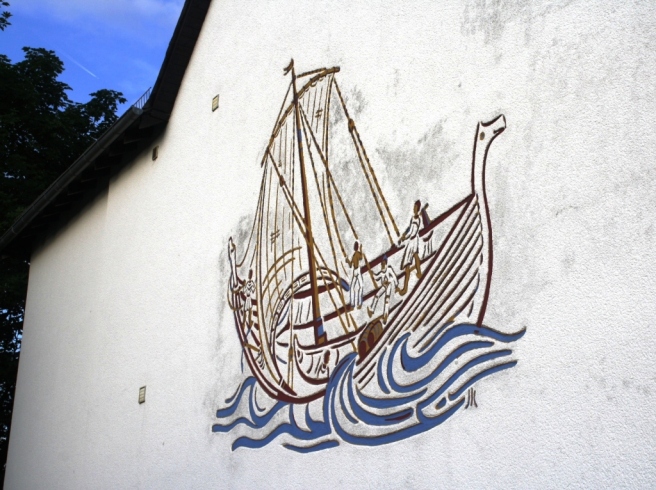 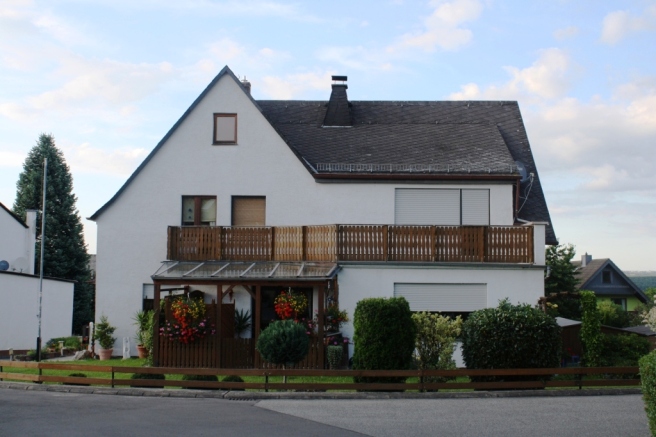