Today was a jam packed day so I am going to break it into four main parts where you can still see my entire day but miss all the boring bits.

Action Packed Part One: White Water Rafting!
THIS WAS INSANE! I am so glad I did this. The water was so refreshing and jumping out of a raft into an Austrian river was one of the most exhilarating things ever. I was in the lead boat with the most experienced guide. I felt a little safer! His nickname was Scouse. This guy was awesome! He was of course a LFC fan, being a Liverpudlian or colloquially “Scouser”. YAY! I didn’t have a waterproof camera so I had to rely on the photos that were taken by the rafting company. It cost me around 15 euros for 2 professional photos.

Action Packed Part Two: Paragliding!
After feeling super from the white water rafting, I was craving some another adrenaline rush. After being rushed off the coach, I jumped on the next bus which tumbled down the road so I could jump off a mountain. Pairing with an Austrian instructor who had been jumping for 12 years made me feel pretty safe until it was time to take off. Tahlia, my contiki buddy who took the same lift carriage as me, jumped before us. It looked pretty simple. Just run full pelt down a hill until the instructor tells you to jump. Piece of cake, right?

Absolutely not! As I was running down the hill, our parachute decided to think for itself and decided it didn’t want to fly today so came crashing back down to earth. I, along with my instructor, who I was strapped to, came tumbling to the ground and rolled down the hill to where it had landed. After untangling and detaching myself from my instructor, we walked back up the hill and my I held my head down in embarrassment. I was almost certain, I could possibly die from this so called adrenaline pumping activity. After overthinking my own possible demise, I was re-strapped to the instructor and running down the hill again. Thankfully, the parachute lifted correctly this time and off we went, flying over 1000m in the air. The feeling was incredible. I had already experienced something similar when I went parasailing in the Greek Isles but this was much cooler. We would determine on our direction and speed and even do tricks. The instructor alternated our left and right steering handles and we were swinging almost parallel to the ground. He then changed our direction so we were spinning around like a cyclone . It was insanely scary but exhilarating at the same time. Landing wasn’t graceful, sliding on your bum along the ground but at least you knew you were safe. 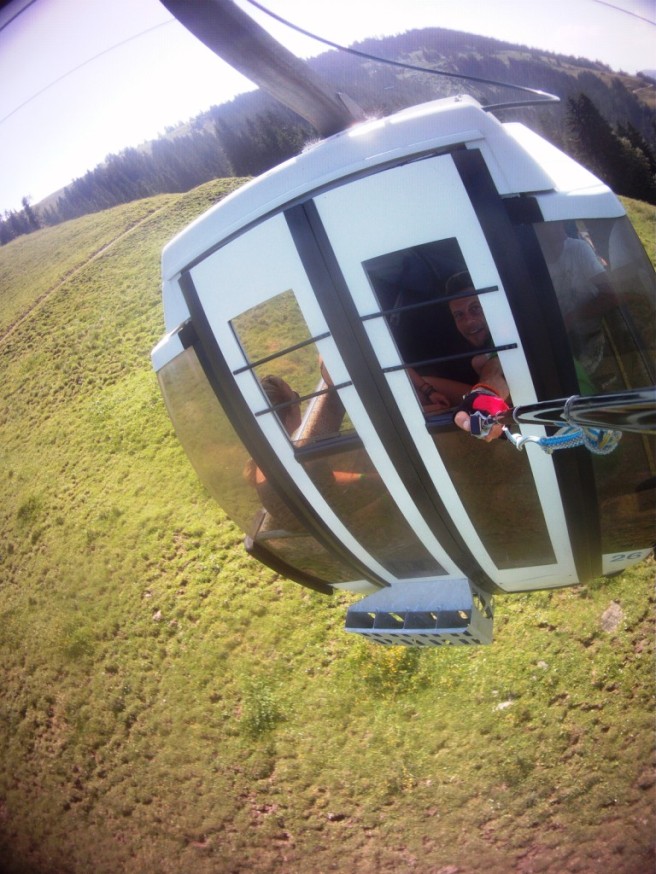 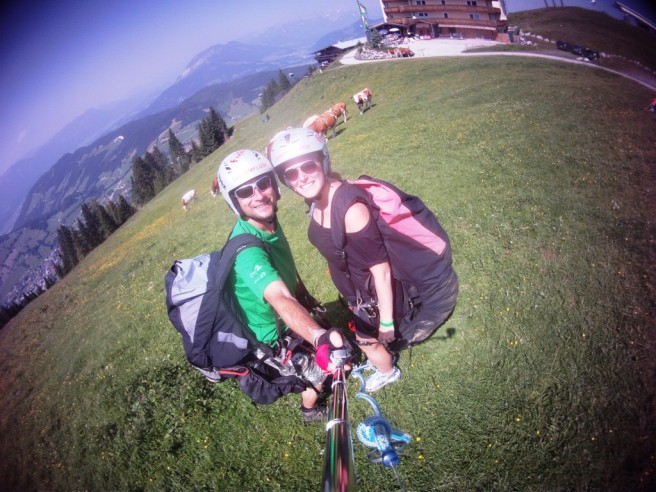 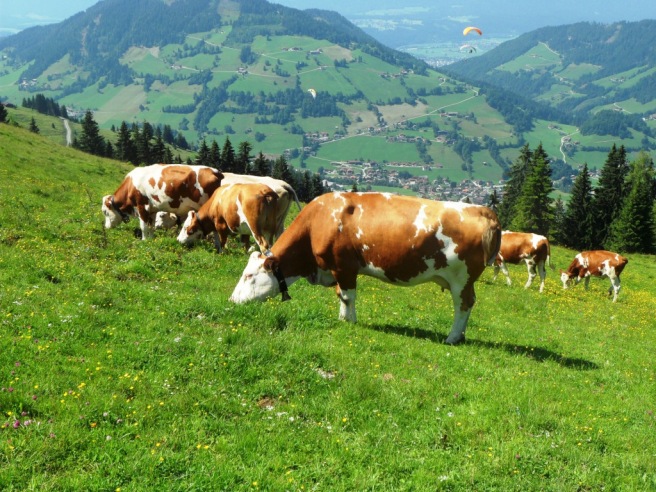 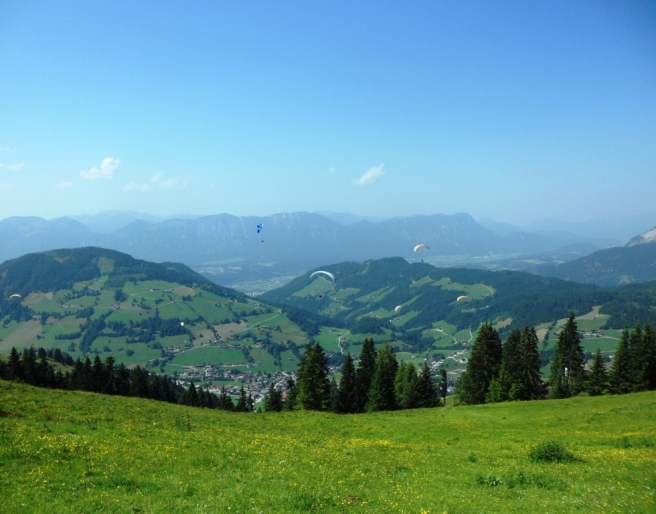 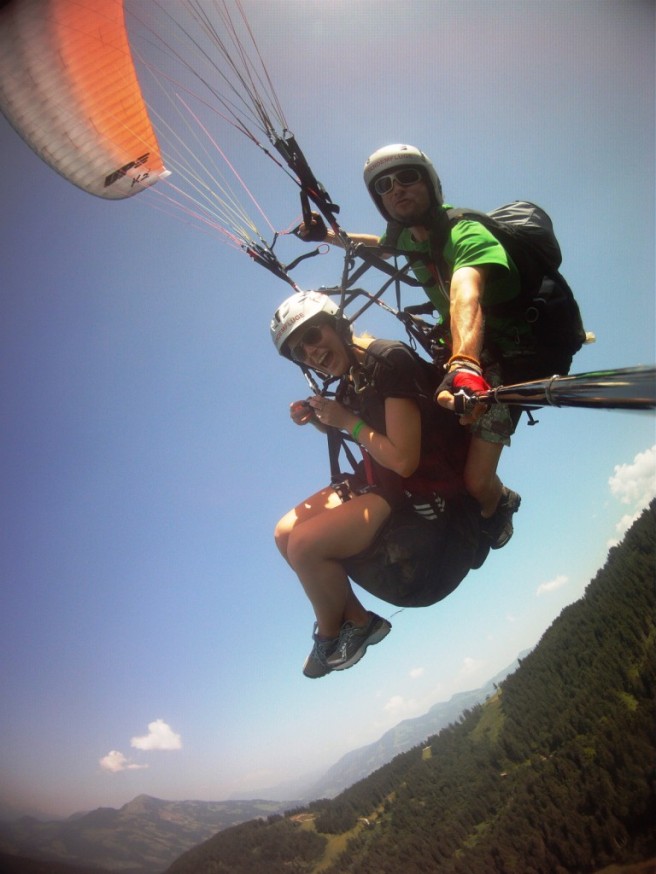 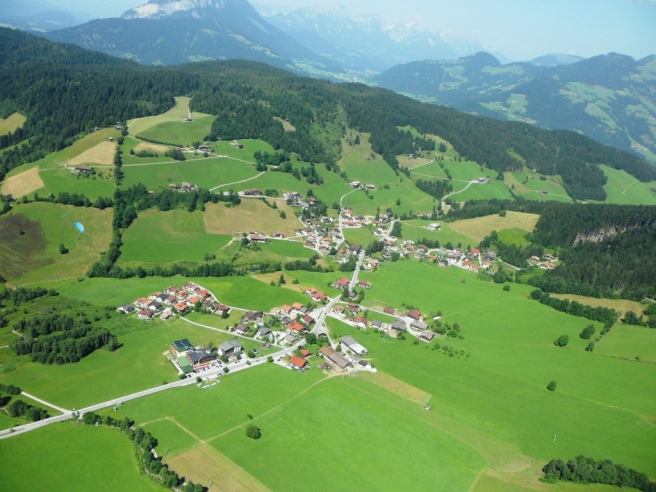 Action Packed Part Three: Walk around Hopfgarten! (Ok, not so action packed but a nice stroll)
After arriving back from paragliding, I grabbed my Canon from my room and went for a stroll. There weren’t many houses near our camp and I needed to get some cash out for the night ahead so I set off to find the nearest local town which was in fact further than I had anticipated. If I had known it was going to be a hike, I may have invested in hiring a bicycle and using pedal power. Nevermind! I guess if I had, I would have missed taking these wonderful photos. 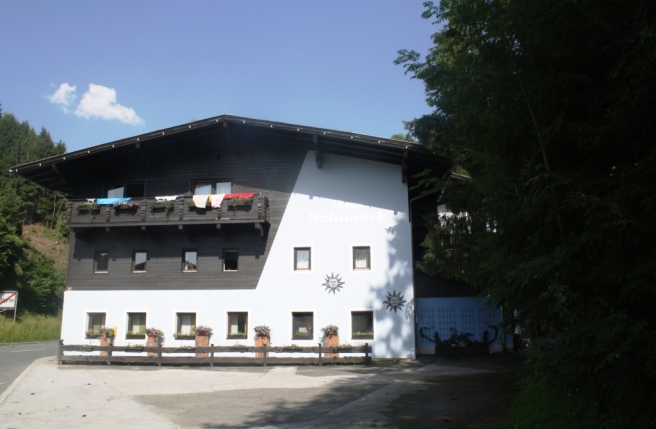 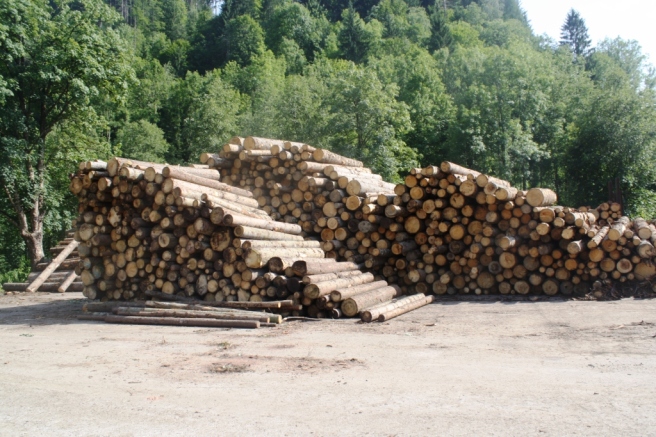 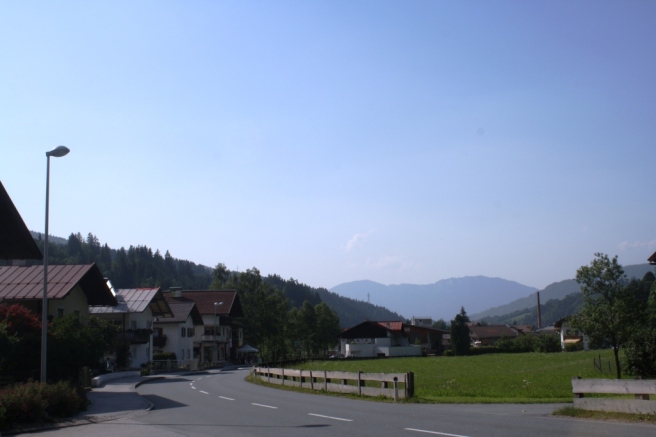 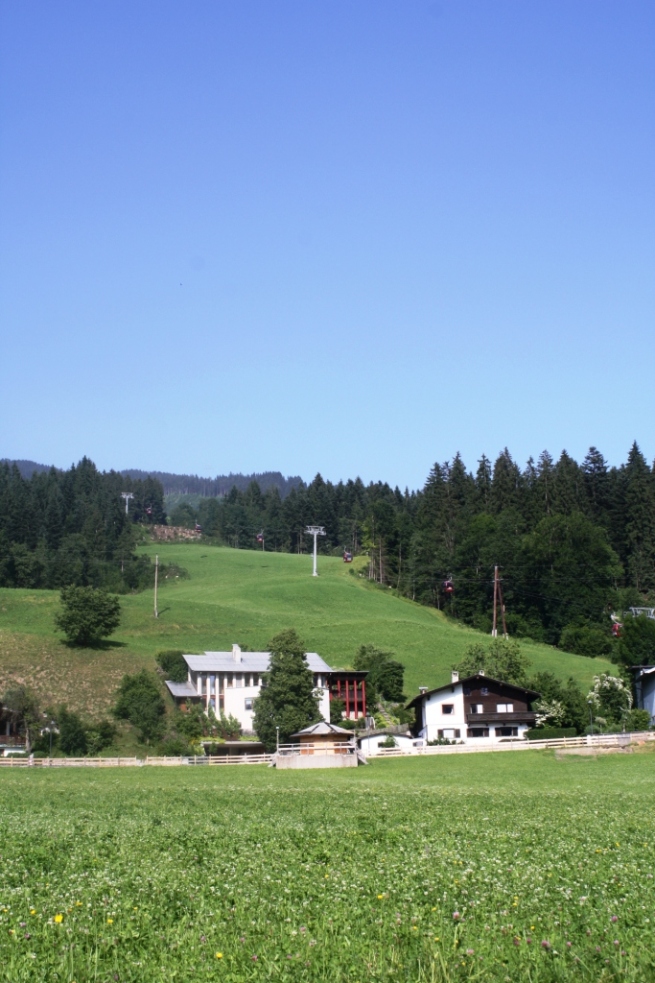 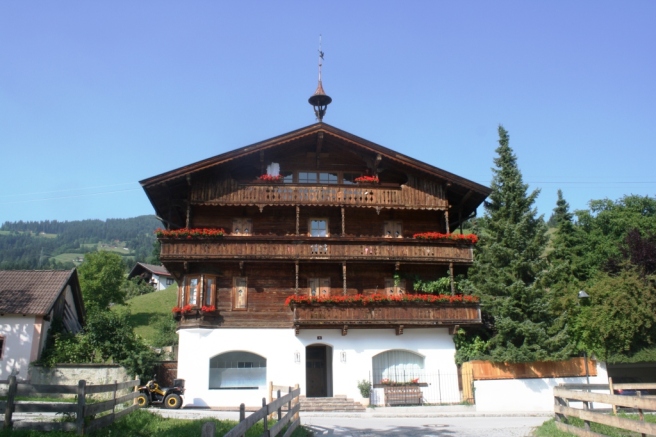 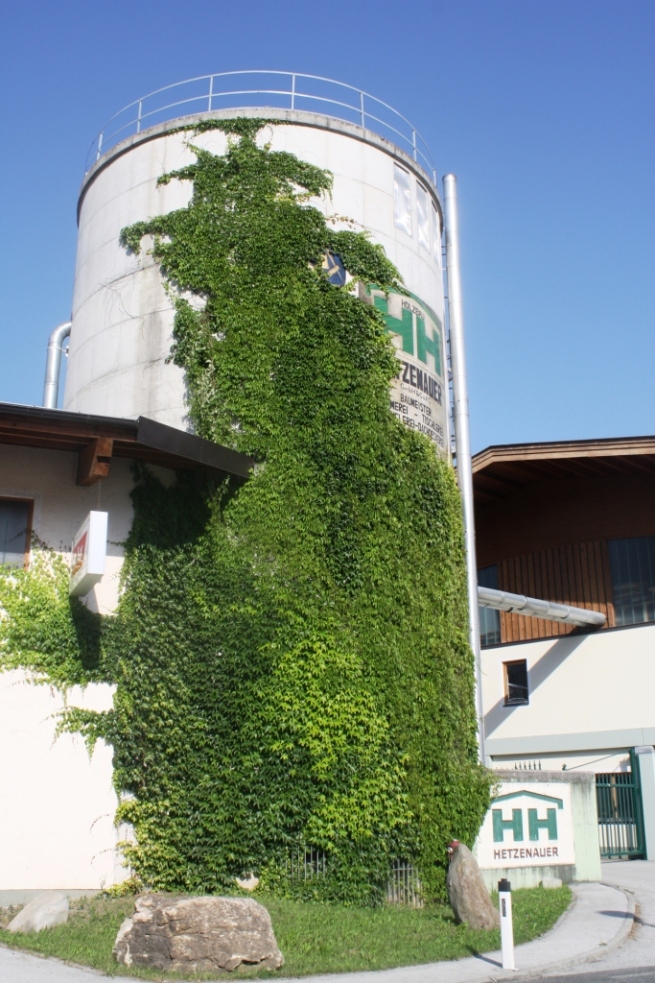 Action Packed Part Four: White, Bright and Tight Party
I had invested in a fluro pink lace dress when shopping in Vienna, so I was set for the night. I had also bought a few bright bandanas, headbands and bracelets for the occasion which clashed with my pink dress but I guess that was the aim of the game. Everyone participated in the event and there was some very very bad pole dancing as our entertainment. All in all, a good night and many drinks were had. Check out the few shots I did get. 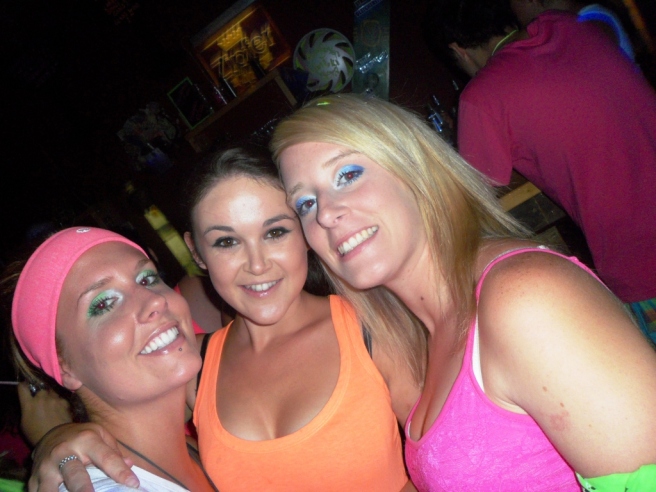 Well, that about sums up the day nicely.