Today was an interesting day. In a nut shell, I travelled on a coach, got locked in a castle, pub crawled through Prague and met some pretty awesome people.

How about a more detailed version hey?

The entire day we travelled on the coach so that is not too interesting to elaborate on.

On our way to Prague, we stopped in at this small old medieval town called Cesky Krumlov. (I’ll be honest; when I heard Krumlov, all I could think about was “Viktor Krum” from Harry Potter 😉 ) We got walked up to the Castle gates and had about 90 minutes to explore the town and the castle. In the moat aorund the castle, they had a real live brown bear. It was munching away on some fruit. It looked so cuddly! I chose to walk through the gardens and take a peek at what was there. I walked through the entrance courtyard and saw a ticket booth. I thought this was to get into the grounds and gardens so I bought a ticket. After about an hour in the gardens, I was noticing that no one else had a ticket, so I walked up to a staff member and they told me that it was for a tour which was at 2pm and it had already started. They unlocked a side door for me and caught me up to the tour that I was supposed to be on. It wasn’t a huge deal, the inside of the castle was pretty cool UNTIL they locked the door behind us. The tour was scheduled for an hour and I had to be back at the coach in 20 minutes. I went up to the tour guide and said I was terribly sorry but I didn’t realize it wasn’t a self guided tour and that I needed to leave ASAP! She only half understood my urgency and did call one of the other staff members to come and let me out. (After we looked around a room, they locked the door behind us so no one could back track! EK!!!!) Eventually, someone came to rescue me and I had 3 minutes to run from the castle back to the meeting point. Luckily, I had a good break in crowds and I’d been working on my cardio before I came on Contiki. I literally got there as the tour guide was doing a head count; No Coach-e-oke for me! (P.s. Take a look at the gardens, they are stunning! We weren’t allowed to take photos inside 😦 ) 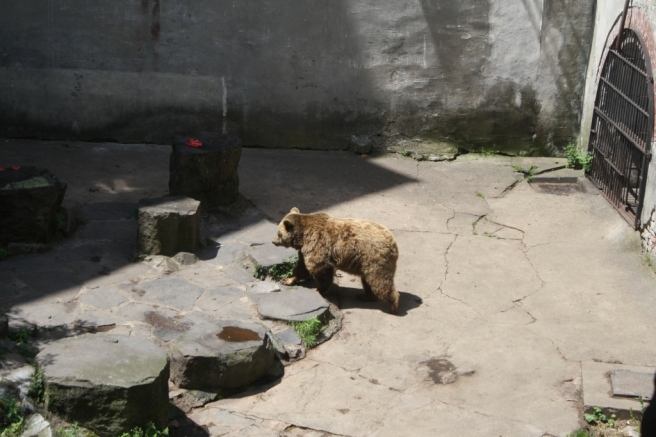 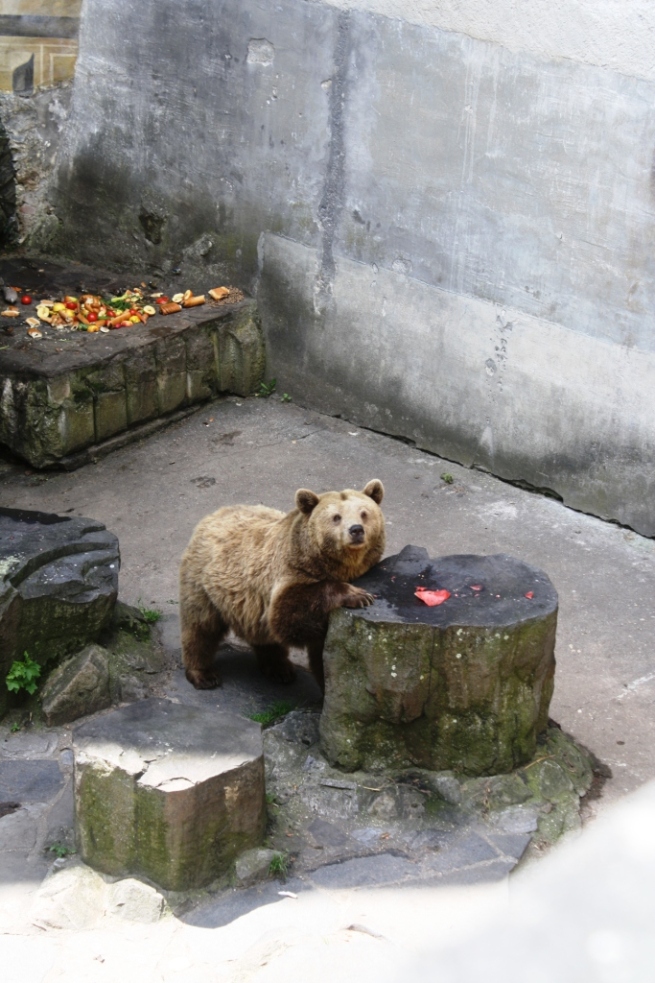 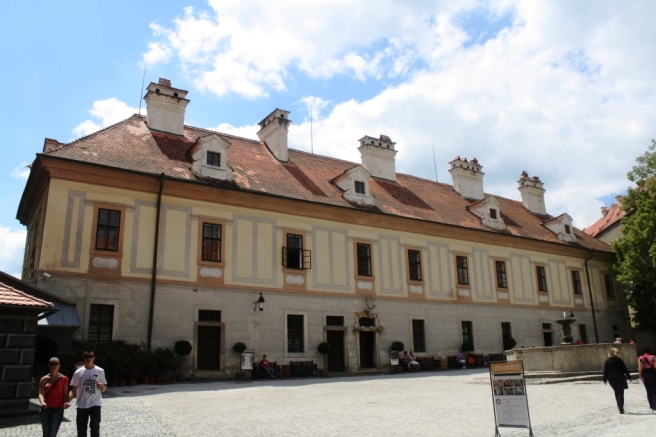 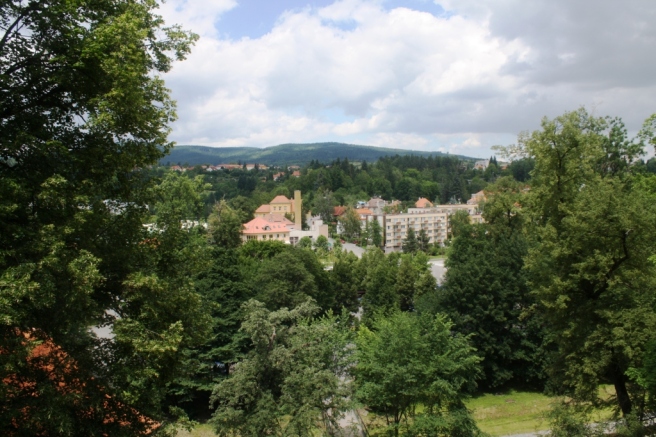 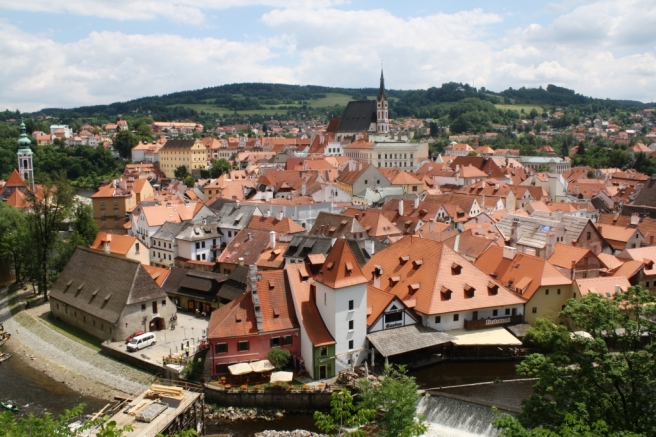 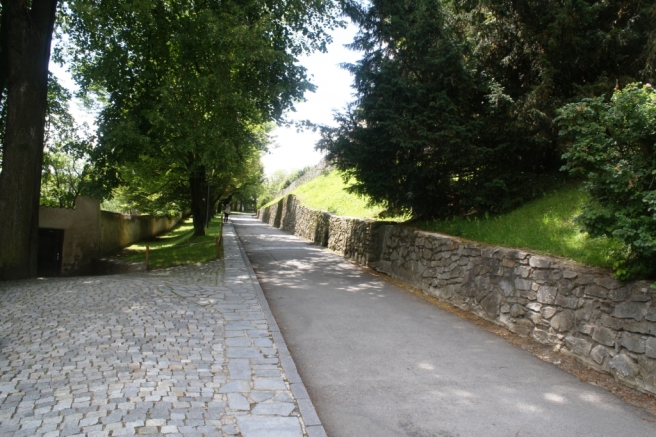 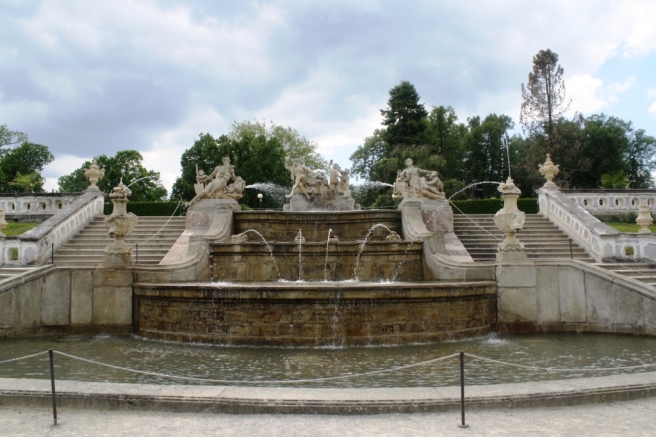 Moving on from Cesky Krumlov, we arrived at our hostel just before dinner. A buffet was served and everyone dug in. It was mentioned on the bus into Prague that a pub crawl was on that night but being sick still, I didn’t really feel up to it. I planned on catching up on writing postcards and letters to my family but a few of the girls were trying to persuade me to go. I guess I didn’t need to much persuasion. They were also handing out tshirts for the crawl and I didn’t want to miss out on one of those! (I wear it now at home and think about how much I would have regretted not going!)

Pub/Bar Number One! free vodka and cranberry juice shots for the first hour. I was collecting my shot glasses and I’d say I my tally was at about 8 before someone stole them and threw them away! We met these super SUPER cute English blokes who were also on the pub crawl! We talked and drank shots for the entire hour and us girls had hoped that we would see them at the next pub.

Pub/Bar Number Two! So squishy you couldn’t swing a cat. I didn’t drink a lot at this pub because it was SO HOT that I probably would of passed out. We danced until it was time to move on. It was probably the least favourite of the night.

Pub/Bar NUmber Three! This was more relaxed and a little bigger. We sat in some booths and chatted away, drinking and laughing of course. We caught up with the English lads again and started to dance with them. We may have had to intervene on a few occasions; some older creepy guys where trying to pick up our young, babin’ chicks and that was not on. EW! hahahaha (Did I mention the English lads were mega cute?!? 😉 After what didn’t seem long at all, it was time to move to the last destination of the night!

Karlovy Lazne! It is a 5 story club and it is the biggest in central Europe! Dancing and drinking (and flirting) continued until the sun rose and birds chirped! (NOT EVEN KIDDING and I wasn’t even supposed to be going out that night!) I think I had about 2 hours sleep when I got home before I needed to be up for breakfast and on the coach! 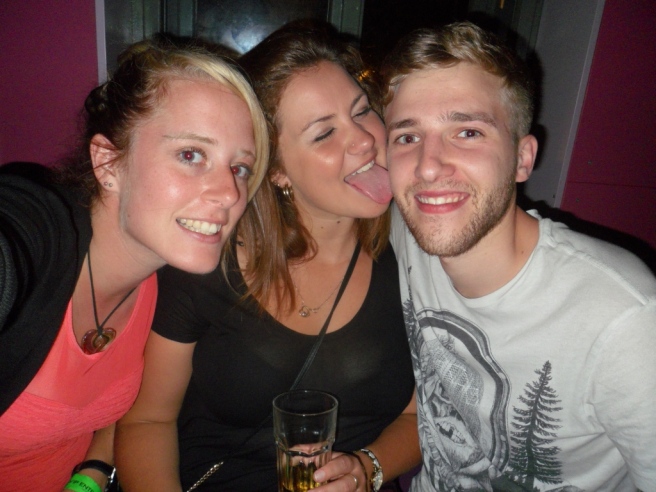 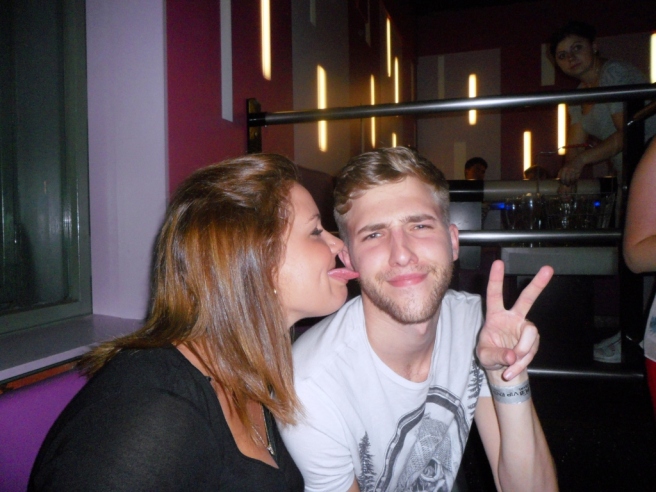 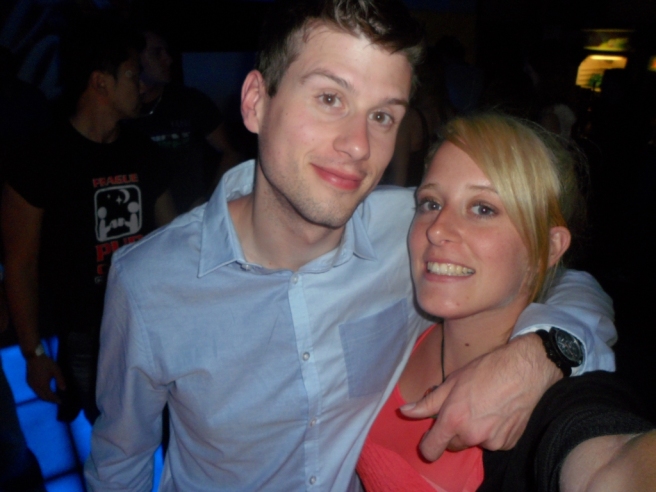