27th October –  You finally made your way into my life this year! Did only take 366 days from the last time you showed up but I guess the saying goes “Better Late Than Never!” 😉

The weekend just past saw me celebrate my twenty-third year of living! 🙂 I did have to share it with my sibling of course, he is my twin and I don’t think I can be that selfish in saying it’s MY birthday only!

There were a couple of plans in order for the day and neither of them eventuated.  I was originally going to go with my Dad to Phillip Island for the Australian Moto GP.  I’d told him I’d only go if the weather was fine and warm but it was going to be cold and miserable and I didn’t fancy sitting on the back on a bike for 3 hours each way in the cold.  The second plan was going to be a fun-filled adventure day with one of my buddies; probably would have consisted of eating way to many lollies and me loosing at ten-pin-bowling.  He probably wouldn’t have even let me win on my birthday. Meanie! 😉 Unfortunately, he got called into work and we couldn’t chill.

I didn’t really sleep in.  I probably woke up at 8am and Mum came bounding in singing Happy Birthday.  Ohh.. Did I mention she bought me balloons?  They were in my room when I got home on Friday night (from Hot Chelle Rae).  It was an amazing surprise! LOOK! 😀 (At this stage, she was kinda sad because she has asked Dad if he wanted to wait until he was home to give me my present and he said yes.  HAHA Whoops!)

We decided that we should go shopping because she wanted to find something else small for my brother.  Talk about leaving it to the last minute Mum! Plus, we had to buy whatever I wanted for tea and the cake!

We ended up out at Westfield and were just browsing shops when we came across these amazing dresses!  I was like wow Mum, look at them. PRRREEEETTTTTYYYYY! She was like, go, try them on.  Well, I don’t need to be told twice.  While trying on all these beautiful dresses, she also found these mega cute denim shorts! Long story short, instead of me putting them on layby, she bought them for me. Awwww! Isn’t she a good Mummy! 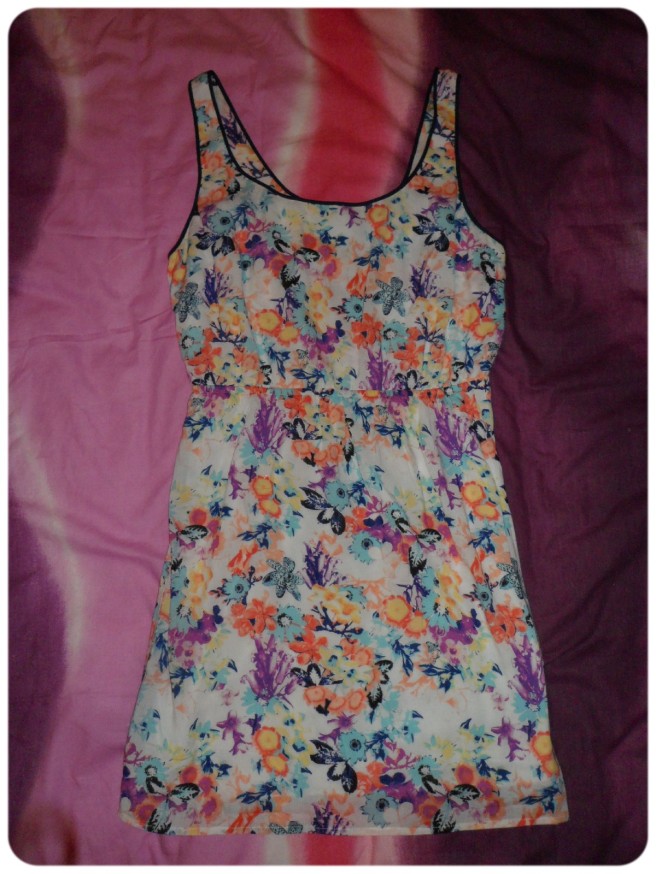 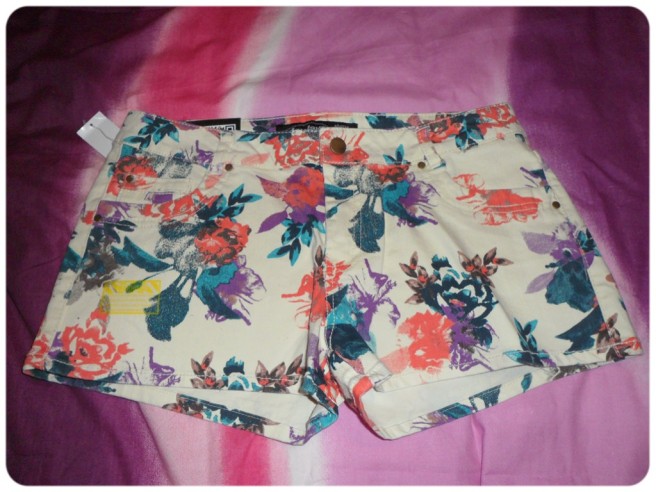 After going grocery shopping and getting tea and cake sorted, we ventured home then up to my Aunty’s house to help her in the garden for a little while.  My Aunty was like you can’t make Candice help on her birthday!! Mum and I laughed and said we aren’t doing a create job at helping anyway!  What we were supposed to be doing was spreading scoria rock.  When mum asked me, I thought it would be easy because we have it at home and it’s really small and very spreadable.  Turns out, we have “crushed” scoria and the rocks at my Aunty’s house were about the size of golf balls.  Rakes don’t work, shovels and spades aren’t much help either.  Turned out to be a very eventful effort but we got there in the end.  After having a cuppa and yummy biscuits my Aunty has cooked, we went home to start organising tea 😀

What did I end up picking for tea?! Party pies and sausage rolls and mini hotdogs! OMG YUM!

Daddy’s home!! Present time!! Finally, Mum runs into her room and pulls out this big present, wrapped in a garbage bag.  Umm, cheers for the effort Mum! HA! She did have a big bow on it though. 🙂 Here is what it was.  (Josh, that’s my brother, got lots of fishing things! :))

It was the doona cover set I’d seen ages ago and really wanted but couldn’t afford to buy it because I’m still paying off my credit card. Yay! It even comes with those two cushions and a pink fitted sheet with white polka dots. MEGA CUTE! (Paris! Yes, I’ve been there! Earlier this year on my Contiki adventure.  I should really get around to posting about that!)

My brother gave me money towards my new camera that I want to buy! 🙂 So kind!  I also got one other sneaky present that I wasn’t expecting.  It was from my dearest friend, Louise. 🙂 It was a beautiful black and pink clutch/bag.  She sneakily snuck some awesome bangles inside it too! Have a peek!

Time for the cake.  Of course I knew what it was because I picked it.  I had previously had the same one on Friday at work, because they put on a BBQ for my birthday.  It was so yummy that I wanted it again. 😉 Such a little piggy! It was a Cadbury’s ice-cream cake with small chocolate chips through it.  OMG! Delicious! Mum and dad sang Happy Birthday and we got to nomnomnomnomnom on cake! 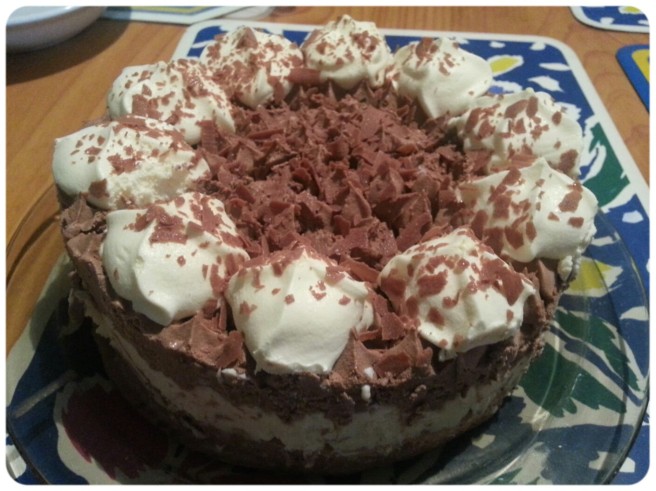 After getting ready, we headed to the local pub for drinks and partying! I stayed there until it was almost closing time.   All of my brother’s mates where there and I didn’t pay for one drink all night. 🙂 Special thanks to Daniel (Rede) and Louise for coming even though their nights were already busy with other things.  My parents also came down and had a few beverages and I may have hijacked the jukebox and played a number of Keith Urban songs. HEHE!  JOY!  It was a great birthday and I could not have asked to share it with better people. 🙂 ❤